A rise in U.S. interest rates tomorrow is so confidently expected by nearly everyone that a failure to hike rates would shock world markets.

In his first official press conference since taking over for Janet Yellen, Federal Reserve chair Jerome Powell is expected to set the direction for interest rate increases this year and into the more distant future.

What he says will matter to investors around the world. It will also matter to Canadian borrowers.

One reason market watchers are so confident Powell will raise the key U.S. federal funds rate from 1.5 to 1.75 per cent, with a target of three per cent by 2020, is that he wants to demonstrate continuity of purpose at the Fed despite the ejection of Yellen after a single term.

As a Trump appointee, Powell has attracted speculation that he might be lax about putting the lid on surging U.S. growth.

Certainly others in the administration, including President Donald Trump himself, have seemed unworried by a sliding U.S. dollar that would result if Powell slowed expected rate hikes. 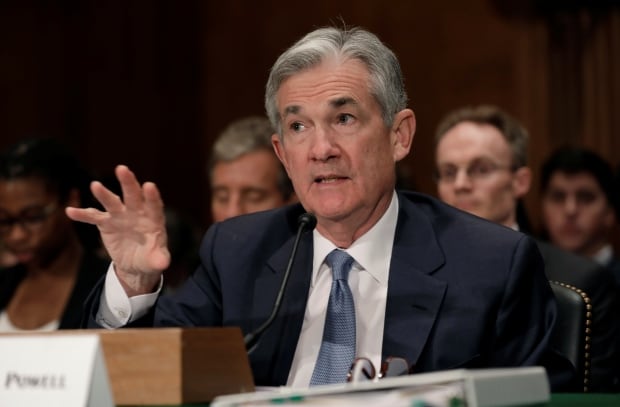 In recent testimony Federal Reserve chair Jerome Powell has indicated he is at least as ready to raise interest rates as his predecessor, Janet Yellen. (Yuri Gripas/Reuters)

“Obviously a weak dollar is good for us as it relates to trade and opportunities,” said Treasury Secretary Steven Mnuchin at the World Economic Forum earlier this year, prompting a sharp decline in the currency.

Combine that with the repeated promise by Trump to boost U.S. growth to four per cent — a level likely to launch serious inflation down the road — and signs of a pliant central banker could be seen as ominous. As Yellen repeatedly warned, letting the economy overheat in the short term could lead to sharp and disruptive rate increases once inflation kicks in.

In recent statements Powell has hinted at rate hikes, but continuity in setting tomorrow’s rate is assured because Powell has only a single vote in the Federal Open Market Committee. The composition of the group, charged with setting rates based on members’ individual outlooks for the economy, remains largely unchanged.

The longer Powell is in the role, the more influence he will have on the committee’s outlook, so the tone set by relatively unguarded responses to media questions may be just as important as his written statement.

Heavily indebted Canadians cannot expect the border to protect them from the policy outlined by the new Fed chair.

While the Bank of Canada makes its own policy separate from the U.S. Fed, there are a number of ways that what happens in the U.S. tomorrow will affect the Canadian lending market.

One is through what is called imported inflation, something recently raised by Bank of America economists who warned about rising Canadian interest rates. 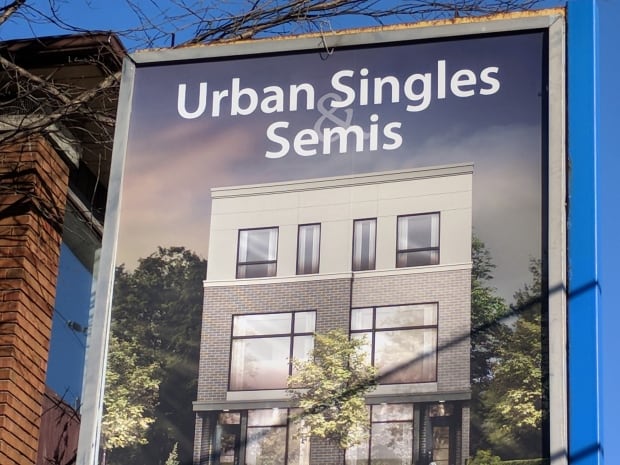 Canadians who have bought houses recently could be less affected by rising interest rates because stress test rules mean they have the income to cover an increase. (Don Pittis/CBC)

Because the two economies are so closely integrated, an outlook for rising prices and wages in the U.S. presumes higher costs in Canada, too.

The price of U.S. parts and ingredients used to make Canadian products will go up. So will goods like gasoline and oil, priced in U.S. dollars. Retail prices on goods produced or imported through the U.S. also go up with U.S. inflation.

And while Bank of Canada governor Stephen Poloz could theoretically hold Canadian rates steady while U.S. rates shoot higher, there are reasons why that becomes complicated.

If the expected hike happens, as of tomorrow the difference in interest rates between the U.S. and Canada will be half a percentage point, attracting investors from Canada to the U.S. and pushing the loonie down.

Dog on a leash

There will also be a cross-border spillover in bond markets. Canadian companies, including banks, trying to raise money will have trouble attracting international investors with rates below what those investors can get elsewhere.

For all the central bank’s purported independence, historically Canadian rates seldom stray far from those of the U.S. The Bank of Canada, like a dog on a retractable leash, can delay, but it cannot alter the final path.

For that reason the most important message from tomorrow’s Powell news conference will be an indication of how fast the Fed expects to raise rates.

3 or 4 increases this year?

Until now, the majority view has been that there would be three rate increases in 2018.

But on Wednesday Fed watchers will be on the lookout for indications that Powell thinks falling U.S. corporate taxes and a growing fiscal deficit will send the economy into overdrive, justifying four quarter-point increases this year.

For borrowers that would mean the cost of borrowing in the U.S. — and eventually in Canada — will rise by a full percentage point. A line of credit at four per cent would go to five per cent.

Another change afoot is that Powell may decide to make a public statement after every FOMC meeting, giving the Fed chair more flexibility in adjusting rates, making the path of rates a little less stable.

A final issue that could be raised by the new Fed chair is a slightly more complicated one, something economists call the neutral rate. A theoretical concept whose level is much disputed, the neutral rate is the Goldilocks interest level — the point in a stable economy where borrowers are encouraged to borrow neither too much nor too little.

For Canadian borrowers, a rising neutral rate after decades of decline could indicate the long-term path of interest rates in coming years would be higher than otherwise expected.